Apologies for the very long silence whilst in the throes of writing, editing, proofreading, and participating in various stages of the production of... Edgar Allan Poe and the Empire of the Dead ! The last novel in the Poe & Dupin sleuthing trilogy has just been published by Point Blank Books in the U.K., with a press date of 🎃💀 31 October 2019 💀🎃— which is very appropriate given (a good deal of) the novel’s setting, and the notion in folklore that from 31 October to 2 No 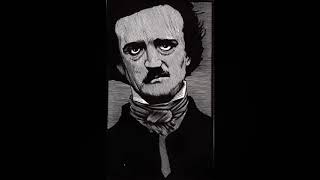 Edgar Allan Poe's two hundred and tenth birthday... and he's still inspiring readers, writers, and artists. A bit belatedly (after hassles with the website and far too many hours wasted) I am finally posting a short video I put together that amalgamates some illustrations of Poe and his works that I have collected. Poe's work is so visual, it's interesting to see how artists through the years have interpreted his tales and poetry. I think I've noted all the artists at the en

I've been caught up in finishing my submission draft of Edgar Allan Poe and the Empire of the Dead, so have been remiss about posting much. Here, however, is a link to a little article I wrote for SHOTS Magazine that focuses on how location inspired the story of Edgar Allan Poe and the Jewel of Peru -- and indeed the entire trilogy: Writing the Crime Scenes: Location as Inspiration I'll paste it into the article section also. Glass house, Loddiges Plant Nursery, Hackney #Edga

The U.K. Publication Date of Edgar Allan Poe & the Jewel of Peru.

Today is the official publication date of the paperback version of Edgar Allan Poe and the Jewel of Peru by Point Blank Books, the crime imprint of Oneworld Publications. (The Australian publication date for the paperback is in November...) I've created a little animation to celebrate-- my first iMovie attempt, so forgive the annoying imperfections. I've used some images in it that inspired the story (although not all those images...) and my trusty Edgar Allan Poe action fig

A blood red ruby, then a dazzle of emerald...

The advance copies of the paperback version of Edgar Allan Poe and the Jewel of Peru have just been delivered to my publisher in London: Point Blank Books, an imprint of Oneworld Publications. Can't wait to get my hands on them in a few weeks-- they are a beautiful follow-up to the elegant hardback published by Pegasus Books (USA) in May. Very happy. The emerald of 'Jewel of Peru' is also a lovely progression from the ruby of 'London Monster'... Not that the books have to b

Edgar Allan Poe and the Jewel of Peru is released into the Wild in the U.S.

Edgar Allan Poe and the Jewel of Peru (hardback edition) is released today, 8 May, in the USA, an interesting launch date choice as it is also the anniversary of the 1844 burning of St. Augustine Church in Philadelphia, which is a key location in the novel. The story takes place just before Edgar Allan Poe, his wife Virginia, and his mother-in-law Maria Clemm moved to New York in early April 1844. In the preceding months, nativists or 'native Americans' — settlers born in the

A short post to commemorate the death on this day (27 January) of ornithologist and artist John James Audubon (1785 – 1851). Audubon was born in Haiti, spent much of his childhood in France, and emigrated to America, initially to run his father's 284 acre farm in Mill Grove, about 20 miles from Philadelphia. Audubon had been fascinated by birds since childhood and he began his study of them in earnest at Mill Grove. He also met his wife, Lucy Bakewell, there. Audubon had the

Edgar Allan Poe-- author, critic, editor, lecturer -- was born on 19 January 1809 in Boston, the city where his mother, Eliza Arnold Poe, first arrived when she and her mother emigrated from England to America. His father, David Poe Jr., and his family were from Baltimore, the place where Poe died 7 October 1849. He lost both his parents before he was three years old. Most of Poe's childhood was spent living in Richmond, Virginia—or enough for him to consider himself a "Vir

Translated and launched in Turkey

Delighted that Edgar Allan Poe and the London Monster has now been published in Turkey by Paris Yayincik. Again, a very different cover design, which I find fascinating. I like that Poe looks pensive or anxious rather than angst-ridden as he does in many images of him; this expression fits his demeanor in the novel. Translating a novel from one language to another takes such skill and artistry. It's not just a question of plugging in text bit by bit into google-translate o

The Raven flies into a Blood Red Sky... Paperback launch.

Today is the launch in the UK and Europe of Edgar Allan Poe and the London Monster in paperback, published by the Point Blank imprint of Oneworld Publications. (It will be out in paperback in the U.S. in November...) I think the cover lives up to the 'Deliciously morbid' quote. The book will seem quite new to me after working intensively on 'Jewel', which required almost as much research as it's set in 1844 Philadelphia rather than 1840 London. With a 'side trip' to Peru. A

Serbian Translation Released into the Wild

The Serbian translation of Edgar Allan Poe and the London Monster, published by Vulkan, was recently released into the world. I don't have my own copy yet, but I am more than pleased with the dust jacket design. I love the colour combinations and layout, the silhouette of London and Poe... or is it Dupin? The blood spatter, albino raven/ cloud backdrop, and small skull detail with fingerprint strikes me as very clever. Even better, is the translation of Poe's name (Po) and

Today is the anniversary of Jules Verne’s death (8 February 1828 - 24 March 1905); the French writer of fantastical tales such as Journey to the Center of the Earth (1864), From the Earth to the Moon (1865), Twenty Thousand Leagues Under the Sea (1870), Around the World in Eighty Days (1873) is buried in the Cimetière de la Madeleine and his burial monument is so extraordinary, it might have emerged from Edgar Allan Poe’s imagination. The sculpture, entitled Vers l’Immortalit

Edgar Allan Poe and the Jewel of Peru

At last, a first draft of Edgar Allan Poe and the Jewel of Peru is completed after writing flat-out (but far too slowly) to meet my end of February deadline. And of course I've neglected this website/ 'blog'. There's much I could have written about -- the many enticing research-rabbit holes I went down (and occasionally got lost in), but the tricky part about that is: a) spending too long writing mini-essays or reveries rather than working on the novel b) giving too much of

EDGAR ALLAN POE author and critic, is renowned for his psychological horror tales and credited with originating the detective genre and writing early science fiction. Poe has also inspired a number of writers, some in unexpected ways. For example, T. H. White, author of The Once and Future King, had a goshawk that he called 'Edgar Allan Poe' for a time. (Why is not clear.) In one of his books, American President Theodore Roosevelt wrote that the Dakota Badlands, with their e

Very nice to get a starred review from the prestigious Library Journal, especially when in the excellent company of Graeme Macrae Burnet, Wally Lamb, and Ursula Le Guin. [DEBUT] Street’s first novel drops readers smack into an Edgar Allan Poe story, complete with all the deception, obsession, and madness of the master himself. Poe arrives in London from Philadelphia in 1840 to meet C. Auguste Dupin, his friend and an accomplished detective. The writer is seeking Dupin’s help

Poe's writings have influenced a large number of writers in a variety of literary genres such as horror, detective, science fiction, but also filmmakers, artists, and musicians. But I particularly enjoy coming across unexpected mentions of Poe in books or films, where his influence is a bit less expected, or in the works of artists who admire each other's work and Poe's influence on them is a connecting factor. For example, Francois Truffaut notes in his book Hitchcock that:

Edgar Allan Poe and the London Monster will be published in Russia by AST publications in early November, and I've just been sent the art work. I'm very pleased with this alternative artwork -- it looks like a mysterious nineteenth century tome, which adds to the sense of Gothic mystery. And Poe wearing Dupin's green spectacles lends a touch of steam punk. (Or perhaps it is Dupin himself on the cover, given his uncanny likeness to Poe?) #EdgarAllanPoe #LondonMonster #CAugust

I am definitely the sort of person easily influenced to pick up a book because I find it's cover appealing or unusual, so it was interesting to look at a few covers for Poe's various works and consider how each gives a sense of its era as well as its contents. Poe's most famous poem "The Raven" is included in each volume and influences the design of the three book covers, yet each is very different in tone and style. I find them all compelling, but if one didn't know the work

21.00, Saturday. Stoke Newington Festival Candlelit Gothic. £8.50. Venue – St Mary's Old Church By candlelight, authors Sally Gardner and Emma Carroll, and science writer Jon Turney, will discuss readings of the text from the social to the scientific. Following the interval, three authors (Eleanor Wasserberg, Karen Lee Street, Emma Carroll) will read from their novels and discuss how the Gothic is still an influence. 200 years ago this month, Mary Shelley had the ‘waking dr
1
2

Edgar Allan Poe and the London Monster: a short study

A Mysterious End... the Anniversary of Edgar Allan Poe's Death

Publication Day: Edgar Allan Poe & the Empire of the Dead